Pilz - With the intuitive online tool myPNOZ Creator, users can assemble “their” myPNOZ: it’s delivered pre-assembled, set up and tested and so is a completely individualised system, ready to install. No programming knowledge is required to use myPNOZ Creator, as the logic links for the safety functions are defined on myPNOZ via the modules that are selected and the sequence in which they are plugged in. 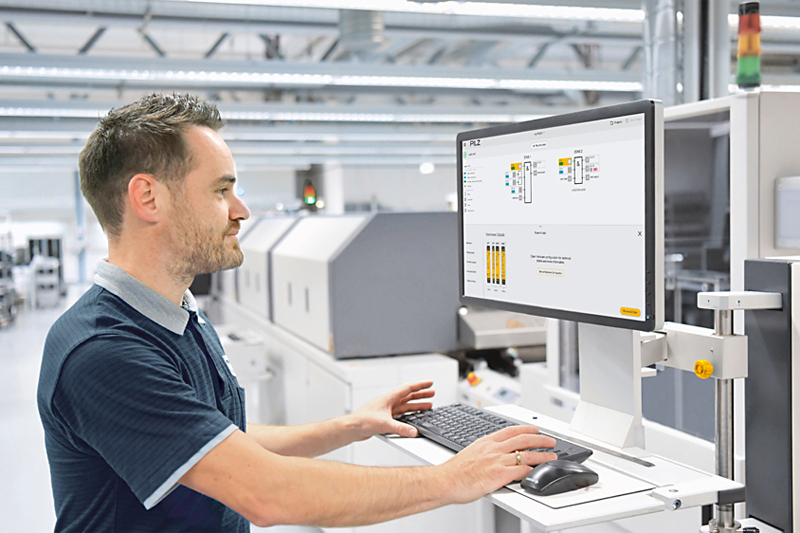 IDTechEx - Drones are the key technology of the coming two decades. They are used in many different aspects of industry, and commercial use of this technology has never been higher. In its new market research report, "Drone Market and Industries 2021-2041", IDTechEx predicts that the drone market will reach $22Bn+ by 2041, attributed in part to this wide range of use cases.

Alfa Laval - Alfa Laval has acquired Sandymount, a US-based beverage technology company with a unique and patented membrane technology to concentrate beer. The technology in combination with Alfa Laval’s extensive product range, will open up interesting business opportunities for the company, and enable a more sustainable beer-delivery supply chain. The signing and closing date was December 31. 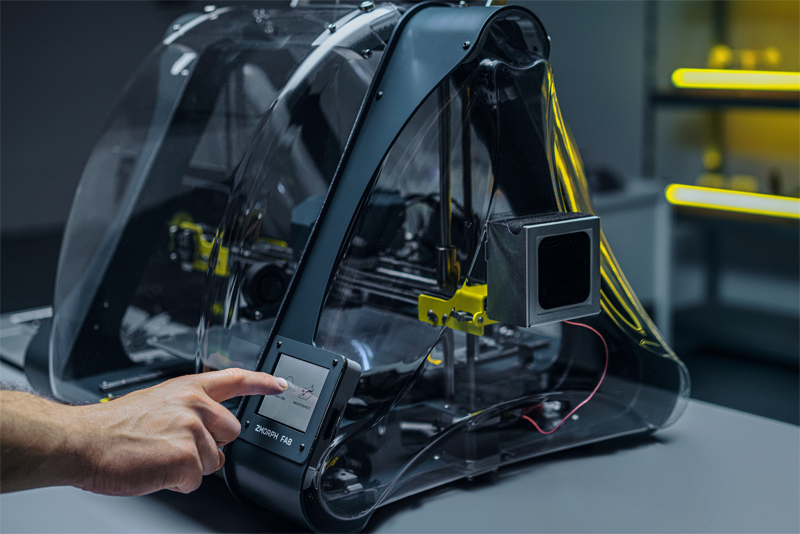 General Motors - General Motors announced the opening of the 15,000-square-foot Additive Industrialization Center, a ground-up facility exclusively dedicated to productionizing 3D printing technology in the automotive industry. The AIC is the capstone of GM’s expertise and increased investment in 3D printing over the last several years. 3D printing will help transform GM operations – in product development, motorsports and manufacturing 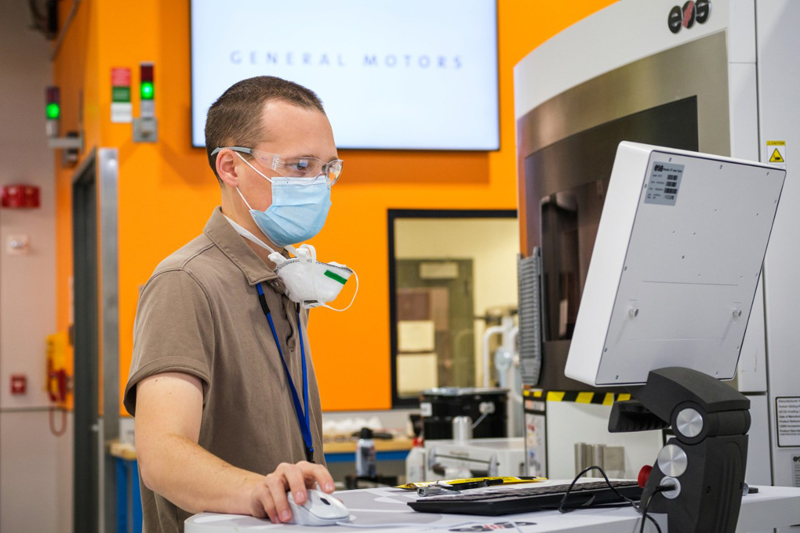 NAMUR - The NAMUR Recommendation "Thermowell – Design and Calculation" has been released and may now be obtained from the NAMUR Office. The target of the document is, to describe and assay the different configuration methods for thermowells.

Flanders at the forefront of climate transition?

VUB - The transformation to climate neutrality is a particularly difficult task, not least because basic industry still relies heavily on fossil resources. Researchers at the Vrije Universiteit Brussel have now shown that there are nevertheless routes to make Flemish industry climate-neutral.

Oregon State University - Researchers at Oregon State University are making key advances with a new type of optical sensor that more closely mimics the human eye’s ability to perceive changes in its visual field. The sensor is a major breakthrough for fields such as image recognition, robotics and artificial intelligence.

IBM - IBM has been contracted by ABB to help support its procurement digitization journey with the launch of SmartBuy, an end-to-end employee purchasing program that aims to match the ease of on-line shopping with the intuitiveness and speed of a search engine. The solution is designed to also be tasked with automating the process of finding, procuring and managing ABB's supplier network, with services like self-registration and contract processes.

Flexiv - Flexiv, the world-leading robotics company that created the first adaptive robot Rizon, has announced it has completed production of its 100th robot, marking significant progress in the mass production of adaptive robots, at the Force-Controlled Robotics Forum 2020 in Foshan, China. 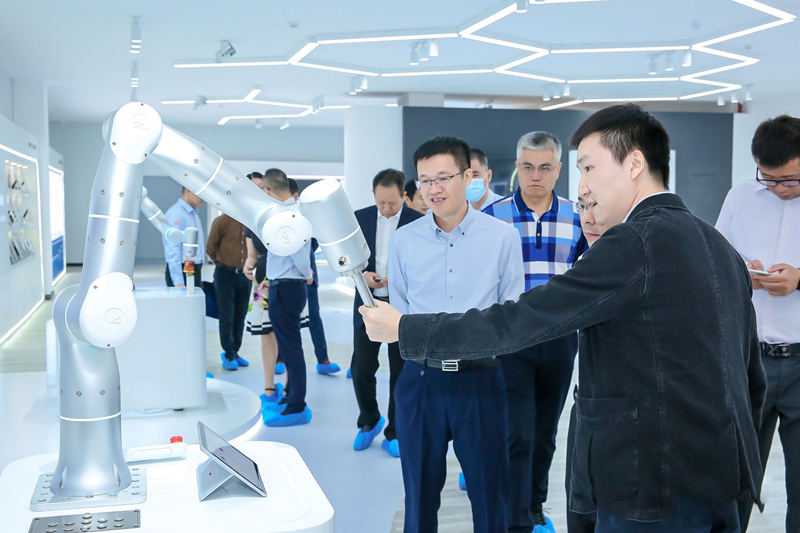 Stratasys - Volkswagen has invested in the world’s only full color, multi-material 3D printing technology from Stratasys to enhance its prototyping capabilities and open up new opportunities within automotive design. Following the installation of two PolyJet Technology- based Stratasys J850 3D Printers, the Volkswagen Pre-Series-Center is 3D printing a wide range of ultra-realistic prototypes for both interior and exterior applications. 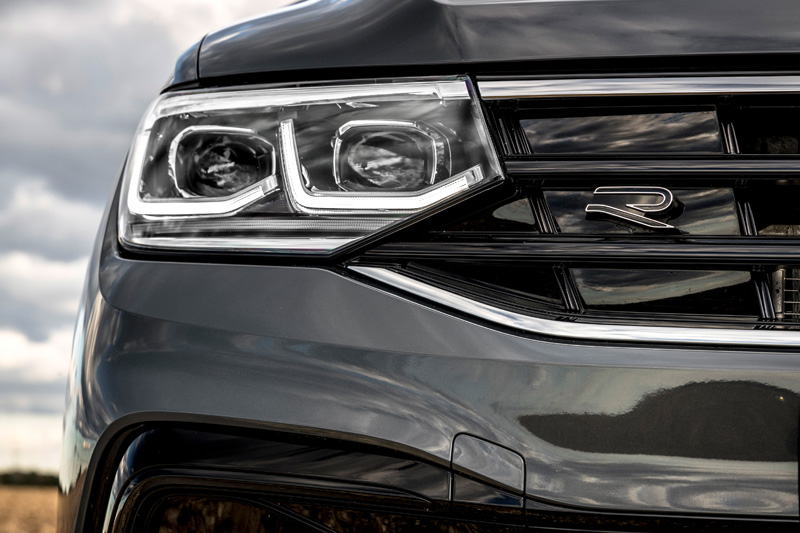 VDW - "Falling quantities, a shortage of skilled workers, and now corona – how am I supposed to machine any components effectively?" Answers to this question will be provided at METAV reloaded 2020. Two words which are certain to be heard in March 2021 are: automation and digitalisation. Automation experts from GE Digital, Open Mind and Siemens will be revealing their ideas and solutions for efficient and future-proof factories.

Drones' Impact is Wide Reaching, But What Will Happen in The Future?

IDTechEx - IDTechEx's recent market research report on Drones and their associated technologies predicts the drone market to be over $22Bn by 2041. The report "Drone Market and Industries 2021-2041" covers the key areas of the drone environment, such as the hardware, software and sensors which are critical to drone use cases and adoption. This article discusses the key areas of the drone market and drone design.

GEA - As a pioneer and confirmed advocate of the pharmaceutical industry’s FDA-endorsed implementation of continuous manufacturing (CM) technologies, GEA was delighted to supply ConsiGma 4.0 equipment to Janssen Belgium and contribute to their recent recognition with the ISPE Facility of the Year (FOYA) Award in the Process Innovation category.

Dechema - ACHEMA 2021 will be postponed to April 4-8, 2022. This decision was taken in view of the continuing uncertainty caused by the Corona pandemic. From June 15-16, 2021, ACHEMA Pulse will offer the worldwide ACHEMA community the opportunity to learn about the latest trends and make new contacts with highlight sessions, top-class discussions and lectures as well as interactive formats.

Materialise - 3D printing is often considered a sustainable manufacturing technology but a new Lifecycle Analysis indicates that for large series of identical products, 3D printing has a bigger environmental impact compared to a conventional production technology. With the announcement of Bluesint PA12, a material innovation that makes it possible to 3D print with up to 100% re-used powder, Materialise creates a path towards eliminating waste in 3D printing.

Logistics Solutions Integration is getting TMH Belgium ready for Industry 4.0 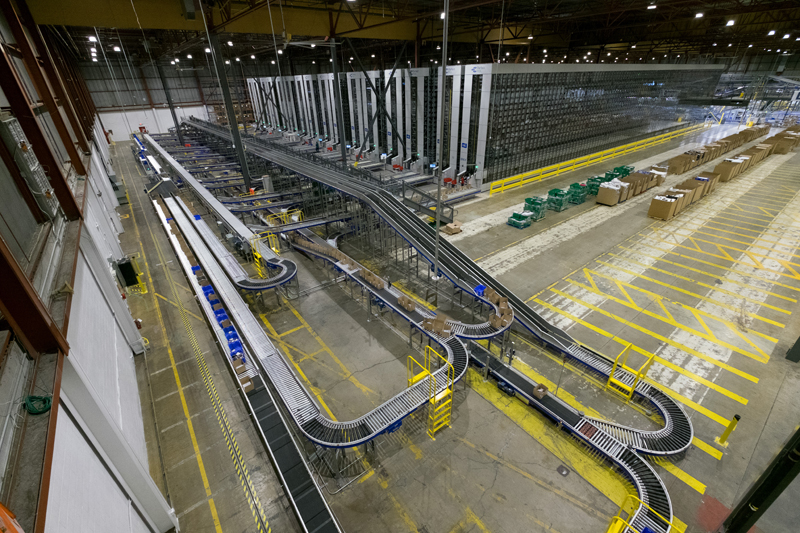 Atlas Copco - With the new oil-free DSS scroll vacuum pump, Atlas Copco is expanding its range of dry industrial pumps. The robust, low-wear pump is particularly suitable for vacuum generation in the rough vacuum range. Inside the pump there are two intermeshing, spiral-shaped screws made of aluminium. One spiral screw is fixed, while the second one rotates to compress the gas inclusions. 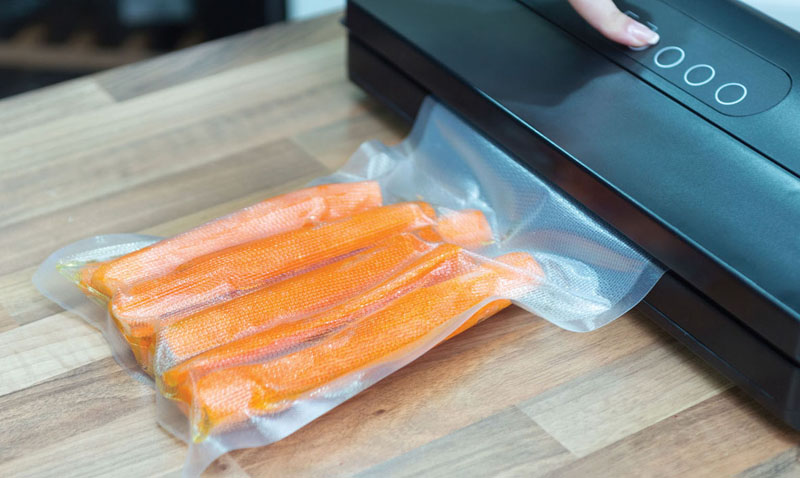 Stratasys - Almost any product designer will tell you that prototyping the shape of a new design with 3D printing is pretty easy. But accurately simulating color, material and finish, or “CMF,” can take serious time and money. Not anymore. Thanks to the latest KeyShot 10 3D rendering software and Stratasys Ltd.’s J55 and J8 Series 3D printers, it’s little more than just click-and-print. 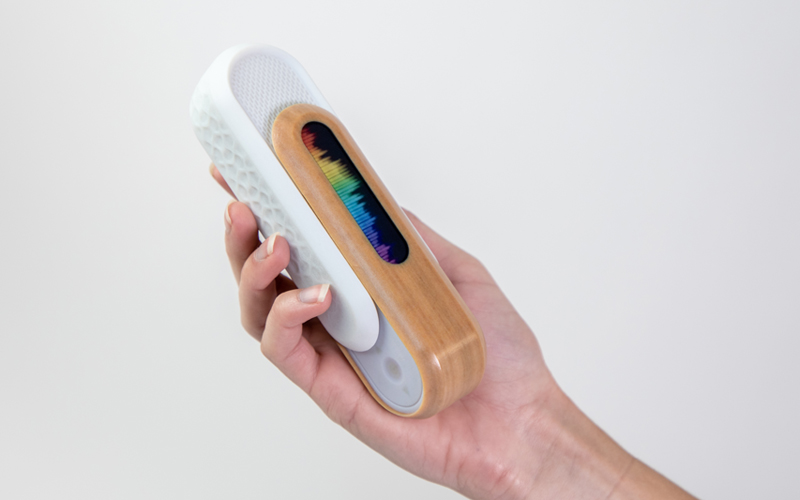 Linde Engineering - Existing pipeline networks could be used to efficiently transport H2 over long distances and deliver it to end points along this infrastructure, where it could be fed into industrial applications or provide a source of energy. Numerous initiatives have already been launched around the world in order to develop enabling technology concepts.

PwC - As of today, the wearable solution Lopos SafeDistance has been integrated into the Zone Check platform by PwC’s global strategy consulting business. Zone Check is a modular business continuity tool including a management cockpit and a contact tracing app to ensure a controlled return to the workplace during COVID-19. 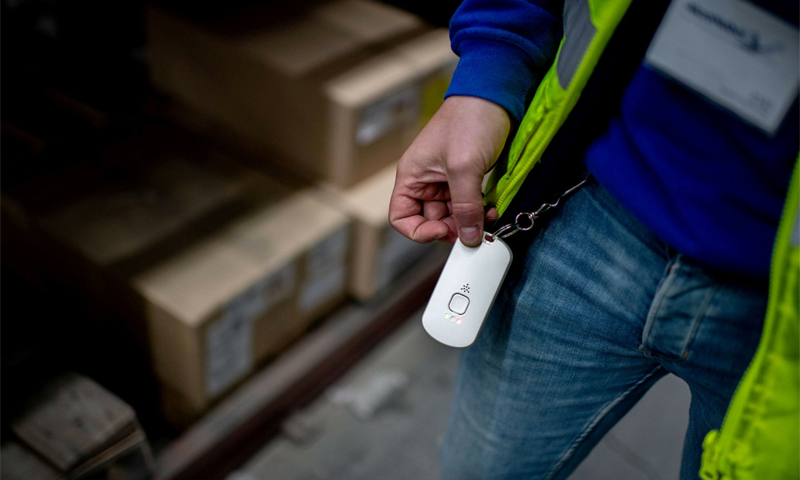 By 2030, Battery Electric Vehicles Will Be Less Reliant on Lightweighting, According to Lux Research

ABI Research - As manufacturers integrate IT and OT, they rely on Industrial IoT (IIoT) platforms dedicated to smart manufacturing to manage their devices, connectivity, infrastructure, and data. These IIoT platforms also help manufacturers implement applications, derive insights, and deliver those insights to the correct stakeholders. Consequently, IIoT platforms come in a variety of flavors to meet a range of needs.

Fraunhofer Instituut - Accelerating the additive production of metal components by at least a factor of 10: With this goal in mind, the Fraunhofer-Gesellschaft launched the lighthouse project “futureAM – Next Generation Additive Manufacturing” in 2017. As the project ends in November 2020, six Fraunhofer institutes have made technological leaps forward in systems engineering, materials and process control as well as end-to-end digitalization. 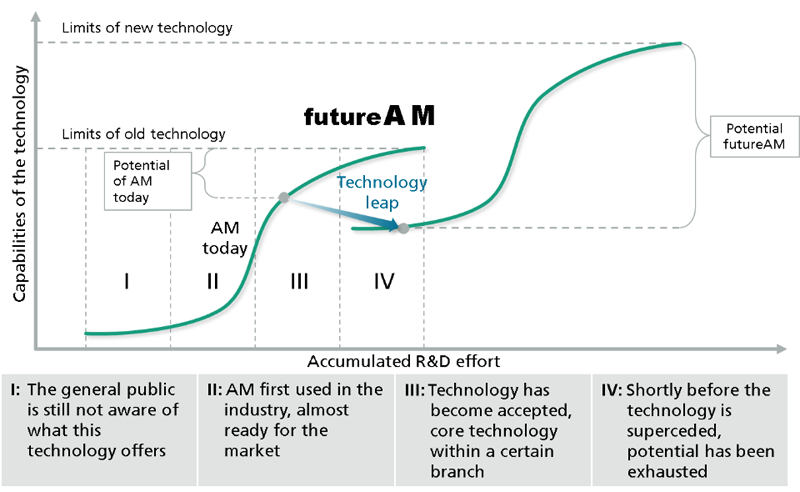 BASF - Protecting crops from diseases and pests is essential to sustainably improve yield on existing arable land to feed a growing population. BASF and TECNALIA, a European center for research and technological development, are collaborating in digitalization to accelerate the global research and development of new crop protection products.

Productivity.be - Open Process Automation is a new concept for process automation that, thanks to open standards, should enable extensive digitization. The aim is to create an open platform, analogous to what is customary in the IT sector, where all possible applications can be deployed in a flexible and scalable way and can exchange data. 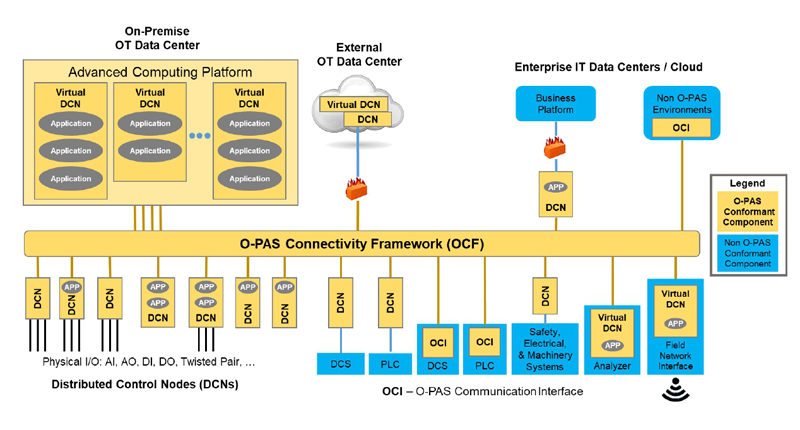 ABI Research - The small Unmanned Aerial System (sUAS) market continues to develop at an impressive pace and is unmarred by the challenges of COVID-19. ABI Research, predicts strong growth of the industry worth US$92 billion by 2030. While the pandemic has dented consumer shipments and hindered commercial rollout, this has been mitigated by increased use of drones for public service responses and surveillance by both local and national police forces.