A new world of automation 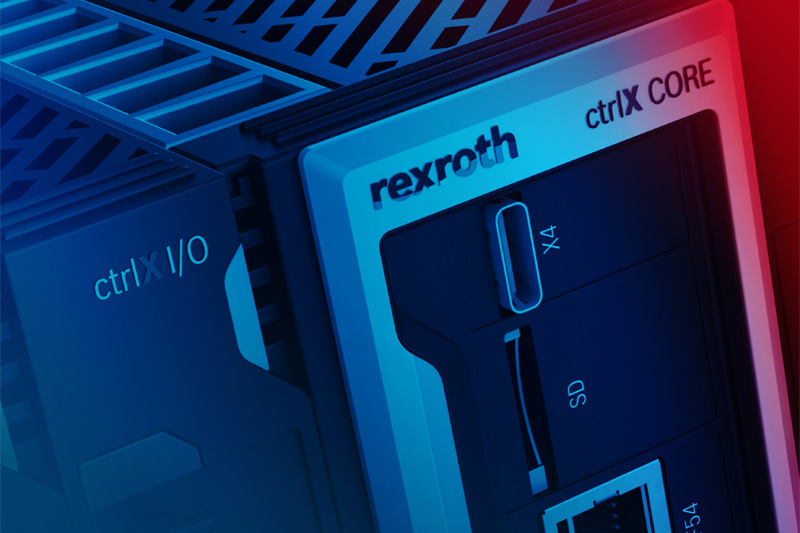 With the new ctrlX AUTOMATION platform, Bosch Rexroth has eradicated the traditional boundaries between machine control systems, IT and the Internet of Things. Centralized and decentralized automation topologies can now be created flexibly with the scalable platform. Thanks to a Linux real-time operating system, open standards, app programming technology, web-based engineering and a comprehensive IoT connection, ctrlX AUTOMATION reduces the engineering time and effort by 30 to 50%.

Nowadays, mechanical engineering is software development. The new ctrlX AUTOMATION platform is Bosch Rexroth's answer to this market requirement. It encompasses the latest engineering software technologies and all PLC and motion tasks. Software functions are combinable in any number of ways with ready-made, customized and customizable apps. These apps can be created in a variety of programming languages such as C++, script languages such as Python, or new graphical languages such as Blockly. This gives machine manufacturers new-found freedom.

ctrlX AUTOMATION offers users a choice: they decide whether to program in IEC 61131, PLCopen or G-Code, or in conventional high-level or Internet languages. This liberates machine manufacturers from dependency on the availability of PLC specialists and proprietary systems.

Configuration and commissioning of the automation components is completely web-based, eliminating the need to install software. Within minutes of switching the system on, the software is programmed. A completely virtual ctrlX AUTOMATION system environment is available, enabling programming without hardware. System functionalities can be extended at any time via the user’s own process functions, apps, and open source software. In total, ctrlX AUTOMATION cuts the engineering time and effort by 30 to 50%, which significantly reduces time to market for new machines.

ctrlX AUTOMATION is based on a new generation of multicore processors which provide sufficient processing power for almost all automation tasks. These high-performance CPUs can be integrated into embedded PCs and industrial PCs or directly into drives. The all-new hardware and software module will cover all automation tasks – from simple control applications and IoT solutions to high-performance motion control.

As one of the world’s leading suppliers of drive and control technologies, Bosch Rexroth ensures efficient, powerful and safe movement in machines and systems of any size. The company bundles global application experience in the market segments of Mobile Applications, Machinery Applications and Engineering, and Factory Automation. With its intelligent components, customized system solutions and services, Bosch Rexroth is creating the necessary environment for fully connected applications. Bosch Rexroth offers its customers hydraulics, electric drive and control technology, gear technology and linear motion and assembly technology, including software and interfaces to the Internet of Things. With locations in over 80 countries, more than 32,300 associates generated sales revenue of roughly 6.2 billion euros in 2018.